Professor Joseph P. Kalt describes the dramatic rebirth of the Citizen Potawatomi Nation, citing its development of capable governance as the key to its economic development success. 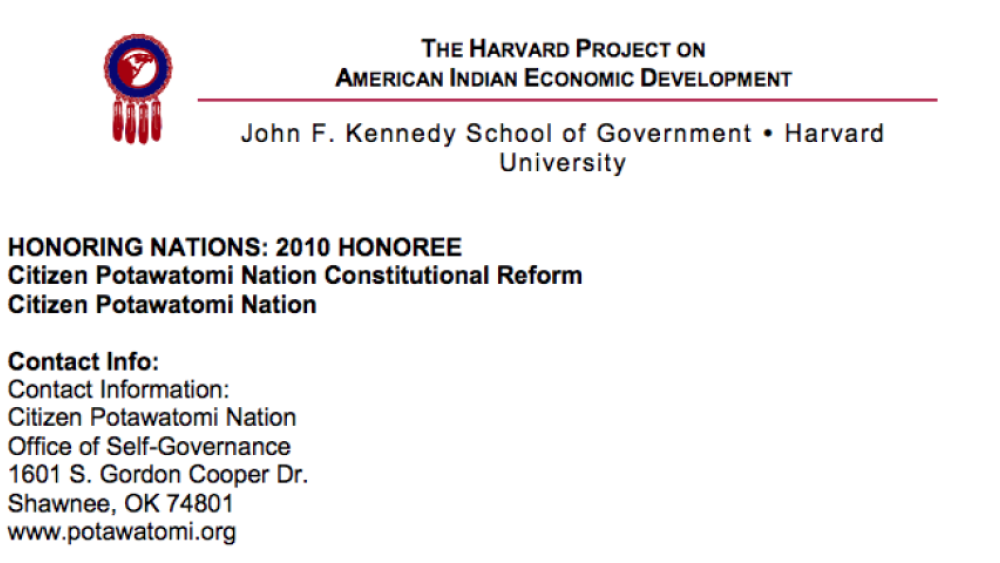 Tribal governments across the United States work tirelessly to provide their citizens with effective systems of governance. After years of failed assimilation attempts, the federal government imposed blanket political systems upon almost all tribes regardless of those systems’ effectiveness or…