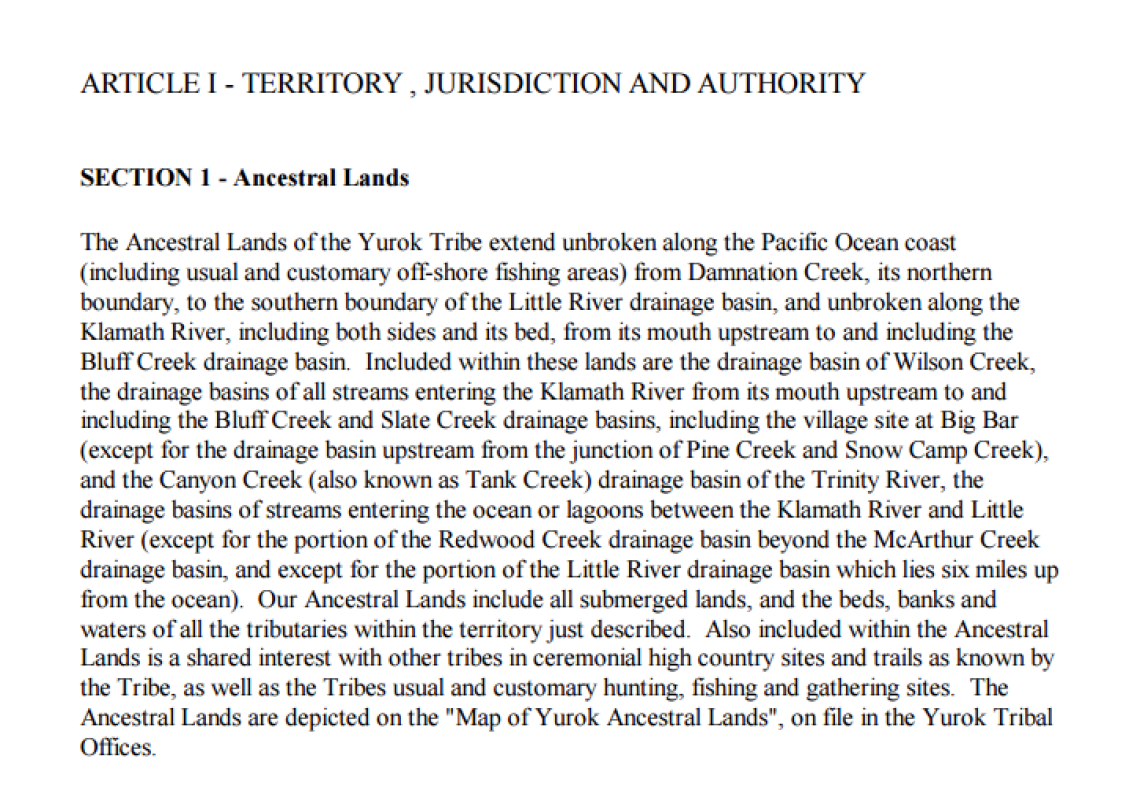 ARTICLE I - TERRITORY , JURISDICTION AND AUTHORITY

The territory of the Tribe consists of all Ancestral Lands, and specifically including, but not limited to, the Yurok Reservation and any lands that may hereafter be acquired by the Tribe, within or without Ancestral Lands.

The jurisdiction of the Yurok Tribe extends to all of its member wherever located, to all persons throughout its territory, and within its territory, over all lands, waters, river beds, submerged lands, properties, air space, minerals, fish, forests, wildlife, and other resources, and any interest therein now or in the future.