Produced by the Institute for Tribal Government at Portland State University in 2004, the "Great Tribal Leaders of Modern Times" interview series presents the oral histories of contemporary tribal leaders who have been active in the struggle for tribal sovereignty, self-determination, and treaty rights. The leadership themes presented in these unique videos provide a rich resource that can be used by present and future generations of Native nations, students in Native American studies programs, and other interested groups.

In this interview, conducted in June 2001, longtime treaty rights activist and chairman of the Northwest Indian Fisheries Commission Billy Frank, Jr. (Nisqually) shares his experiences as a leader battling on the front lines to protect and maintain the treaty-guaranteed fishing rights of his people and other Native peoples in the Pacific Northwest. 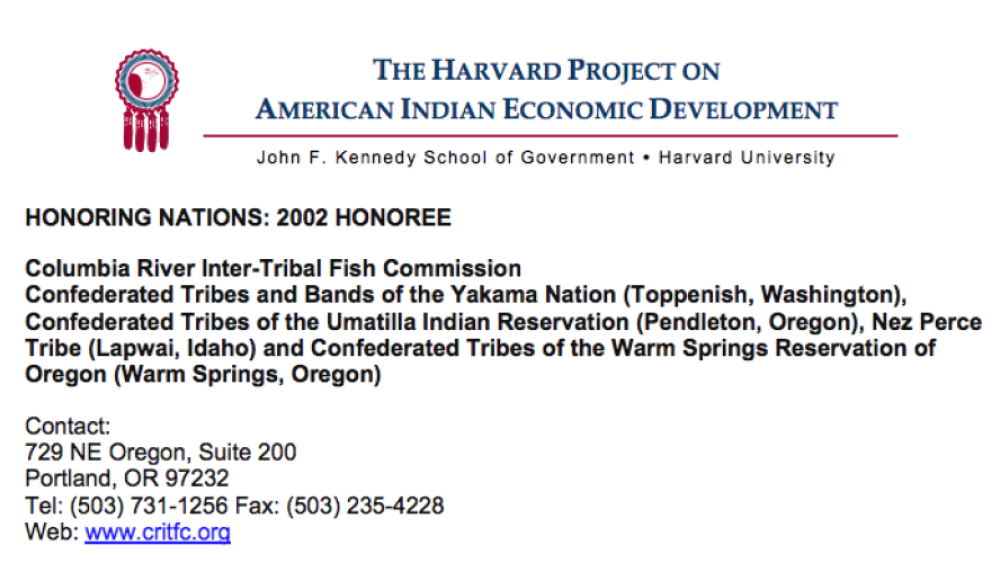 Charged with the overall management of its member tribes’ fisheries resources and advocating for the protection of treaty rights, the Columbia River Inter-Tribal Fish Commission’s (CRITFC) programs include fisheries enforcement, policy development and litigation support, fish marketing, and…