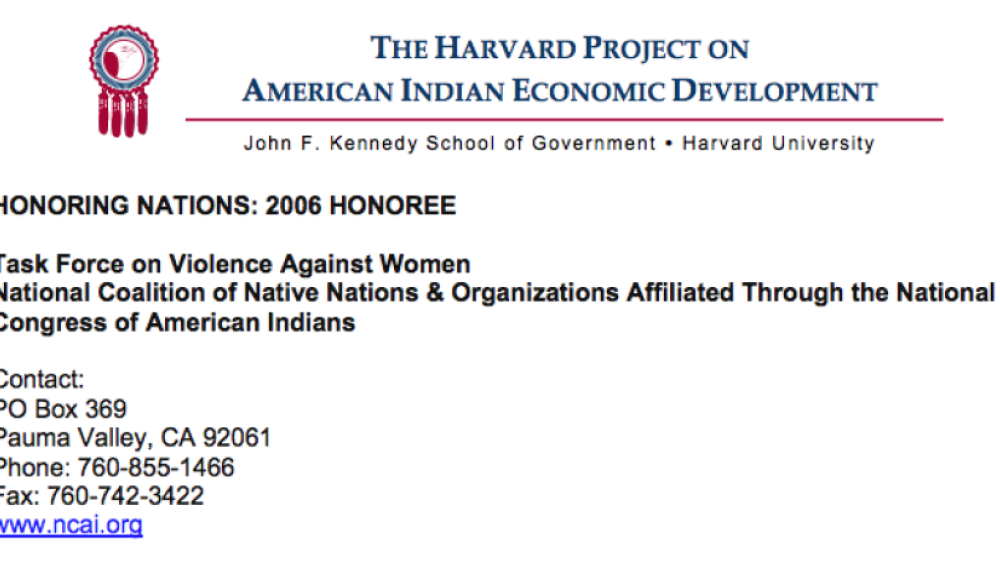 Recognizing and acting upon the belief that safety for Native women rests at the heart of sovereignty, leadership from Native nations joined with grassroots coalitions and organizations to create an ongoing national movement educating Congress on the need for enhancing the safety of Native women.…