Onondaga Chief and Faithkeeper Oren Lyons urges Native nations to continue sharing their stories of success, learning from each other, and working towards creating a better future for the next seven generations. 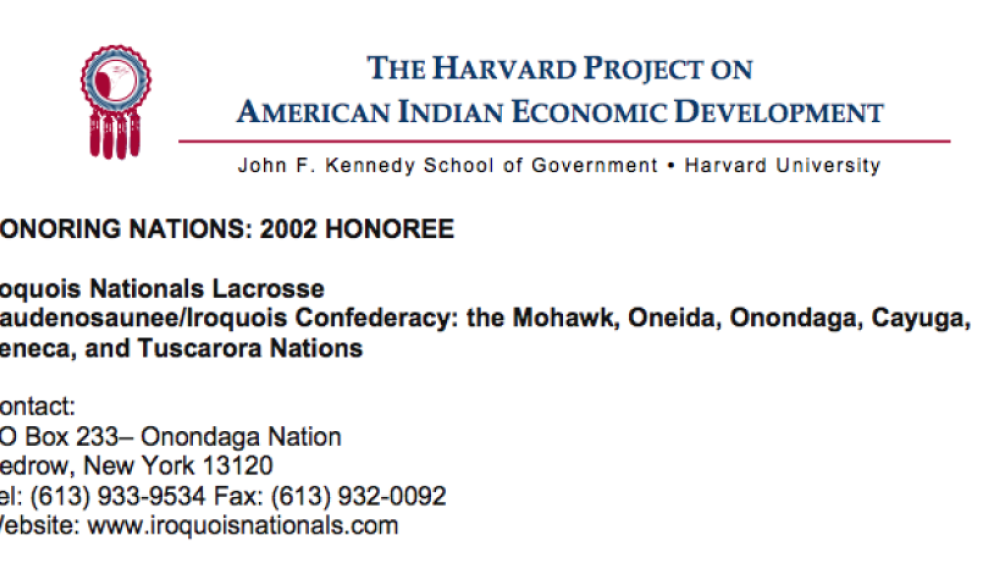 Officially sanctioned by the Grand Council of Chiefs to represent the Haudenosaunee (or Iroquois) in international lacrosse competition, the Iroquois Nationals Lacrosse Team represents a sovereign nation in world competition. The team — which has won numerous medals and awards — has successfully…

Harvard Project Co-Director Joseph P. Kalt provides a general overview of the Honoring Nations program and illustrates how peoples all over the world are learning from the nation-building examples set and the lessons offered by Native nations in the United States.