Sarah Deer (Muscogee), Co-Director of the Indian Law Program at the William Mitchell College of Law, provides a brief overview of the Muscogee (Creek) Nation's unique approach to defining its citizenship criteria, which essentially creates two classes of citizens: those who run for elected office, and those who can't. 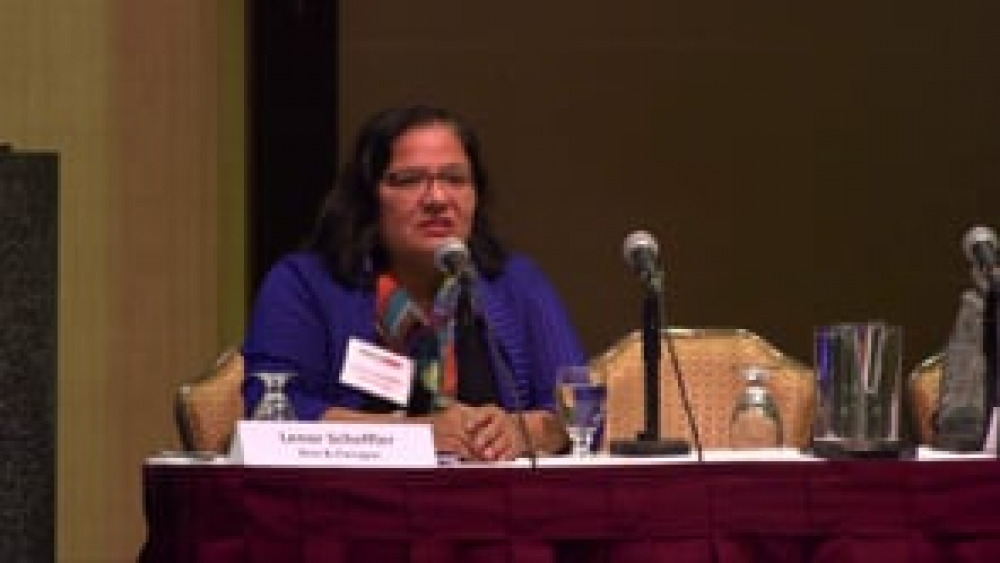