Produced by the Institute for Tribal Government at Portland State University in 2004, the landmark “Great Tribal Leaders of Modern Times” interview series presents the oral histories of contemporary leaders who have played instrumental roles in Native nations' struggles for sovereignty, self-determination, and treaty rights. The leadership themes presented in these unique videos provide a rich resource that can be used by present and future generations of Native nations, students in Native American studies programs, and other interested groups.

In this interview, Kathryn Harrison, former chairwoman of the Confederated Tribes of Grand Ronde, shares her tribe’s struggle to achieve federal recognition, her experiences as the first woman elected to lead her nation, and how she helped secure the tribe’s gaming compact with the State of Oregon. Preservation of her people’s history is her core commitment. 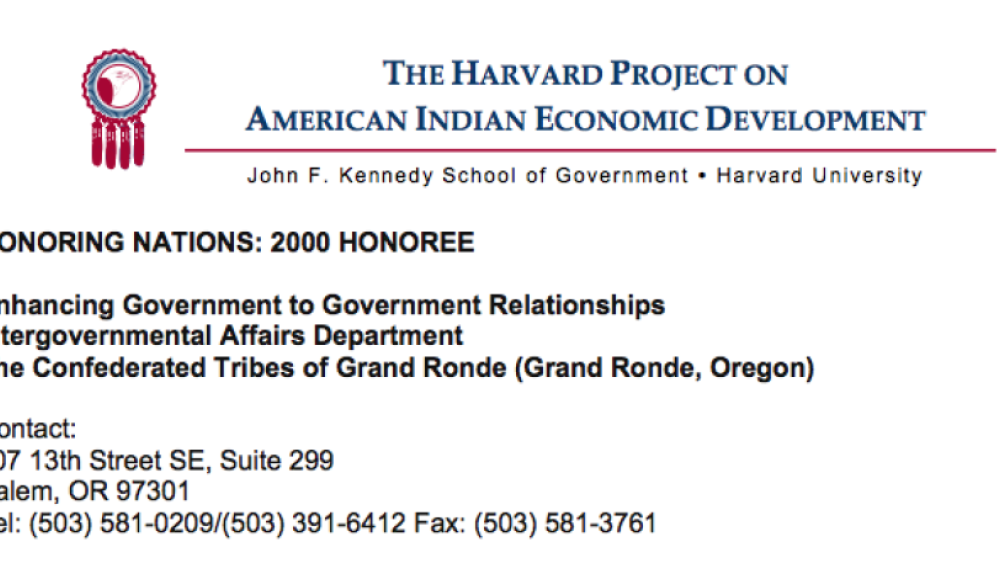 The Intergovernmental Affairs Department has achieved positive intergovernmental relationships with federal, state, and local governments by pursuing a five-pronged strategy of communication, education, cooperation, contributions, and presence. Since the Department’s creation, the Tribe has raised…