Representatives from the Choctaw Tribal Court System present an overview of the court system's development to the Honoring Nations Board of Governors in conjunction with the 2005 Honoring Nations Awards. 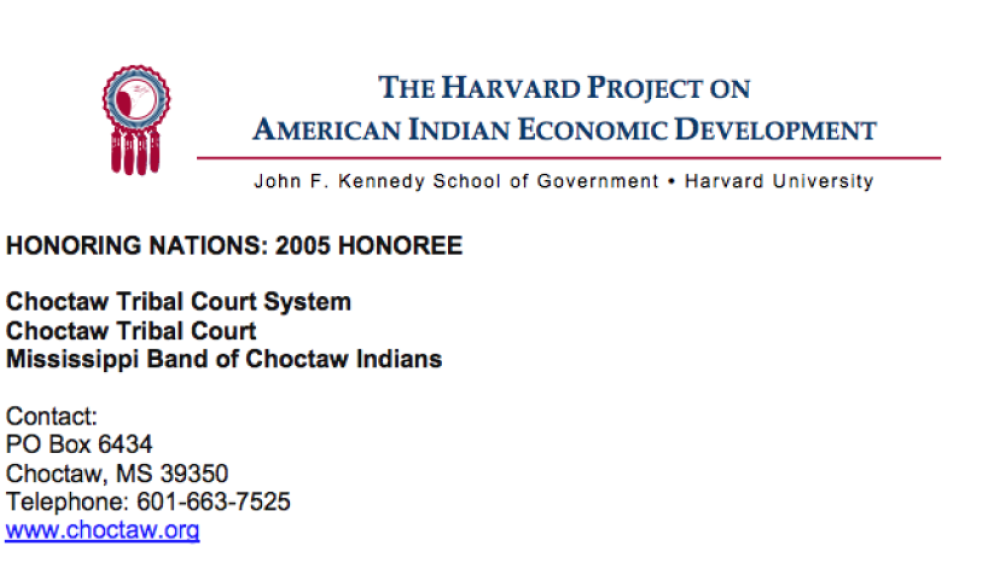 Self-determination is the guiding principle behind all of the government initiatives undertaken by the Mississippi Band of Choctaw Indians. This nation has created a vibrant economy while investing resources into the preservation of Choctaw language and culture. At the heart of its success is its…

Mississippi Choctaw Chief Justice Hilda Faye Nickey discusses the Choctaw tribal court system, and provides an overview of Choctaw's youth court and how it works to educate Choctaw youth about Choctaw ethics and core values in order to set them on the right path.