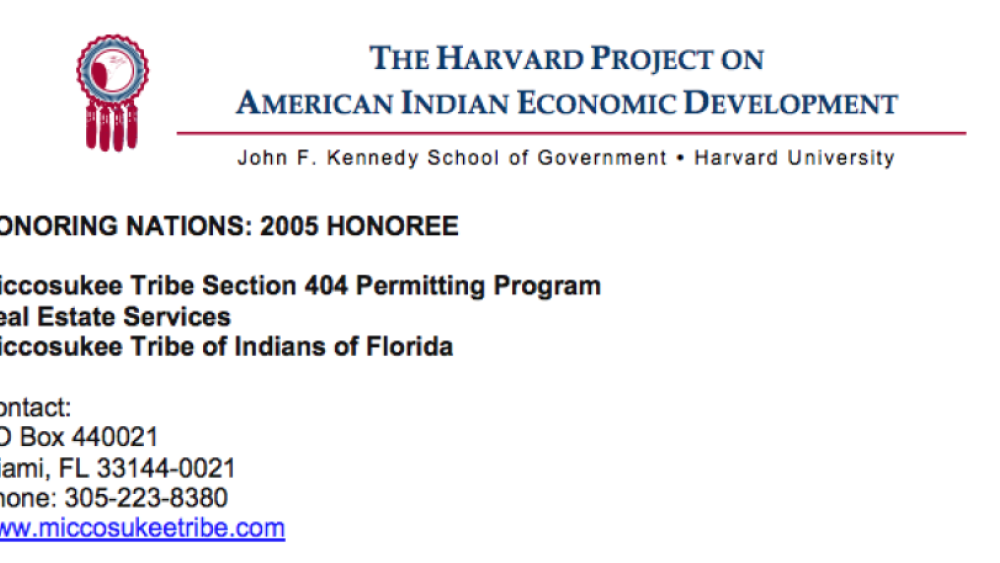 The reservation lands of the Miccosukee Tribe lie largely within the Everglades National Park. Development on these lands is subject to elaborate regulations by a host of federal agencies that hindered development and other uses of their lands by the Miccosukee people, including the building of…