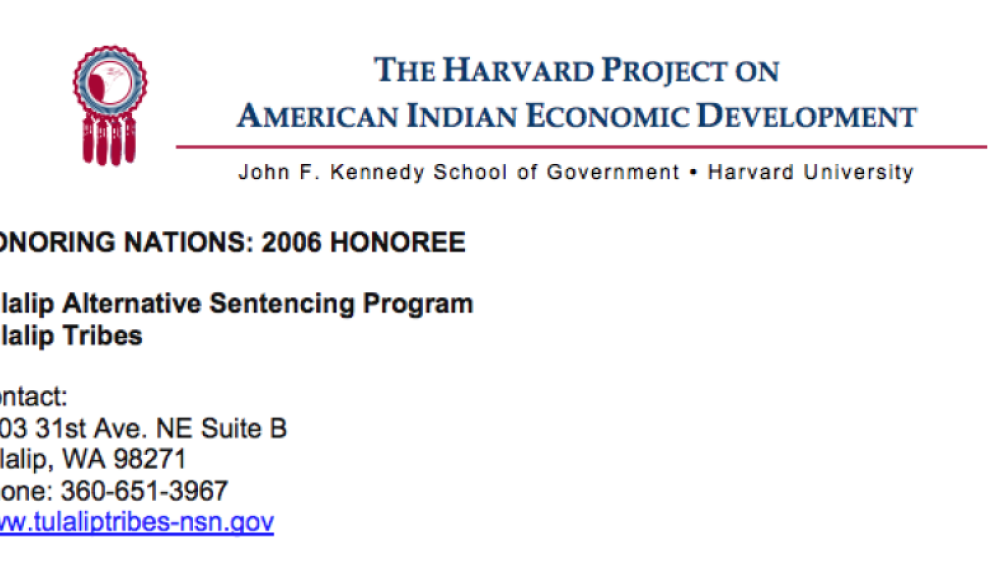 Born out of a need to create a judicial system that Tulalip citizens can trust and that also helps offenders to recover rather than just "throwing them away," the Tulalip Tribal Court Alternative Sentencing Program supports efforts to establish a crime free community. Focusing on the mental,… 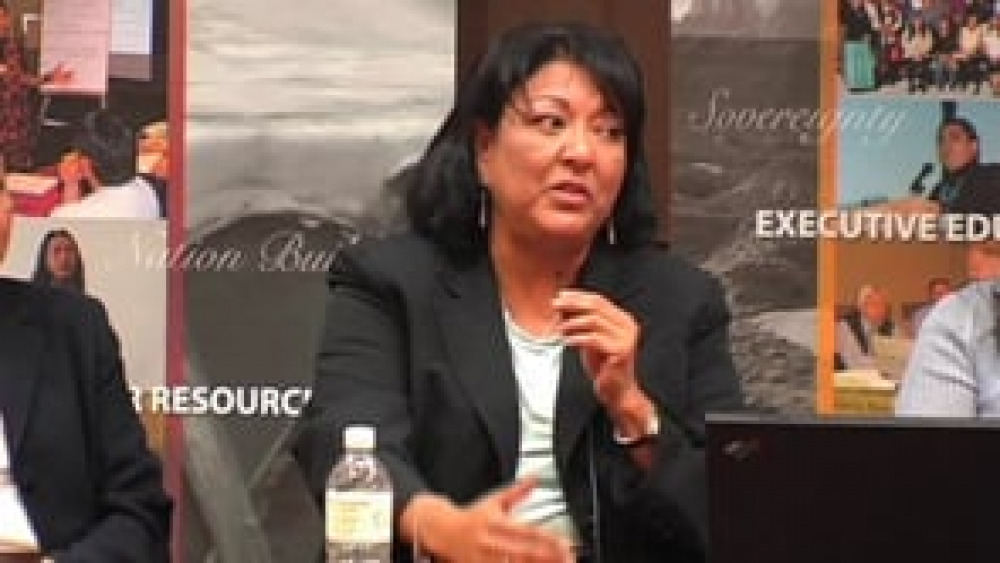 Sheila Morago, Jill Peters, and Theresa M. Pouley field questions from the audience concerning lobbying, the importance of public education about tribal sovereignty and development, and how the Tulalip Tribal Court deals with fetal alcohol syndrome and its effects.

Judge Theresa M. Pouley of the Tulalip Tribal Court discusses how the Tulalip Tribes reclaimed criminal jurisdiction from the State of Washington and then developed the award-winning Tulalip Alternative Sentencing Program, which she explains is a more effective and culturally appropriate approach…