Joyce Country and Dr. Dorry Larson discuss what prompted the Sisseton Wahpeton Oyate to establish its award-winning Professional Empowerment Program, and the positive impacts it is having on the lives of its citizens. 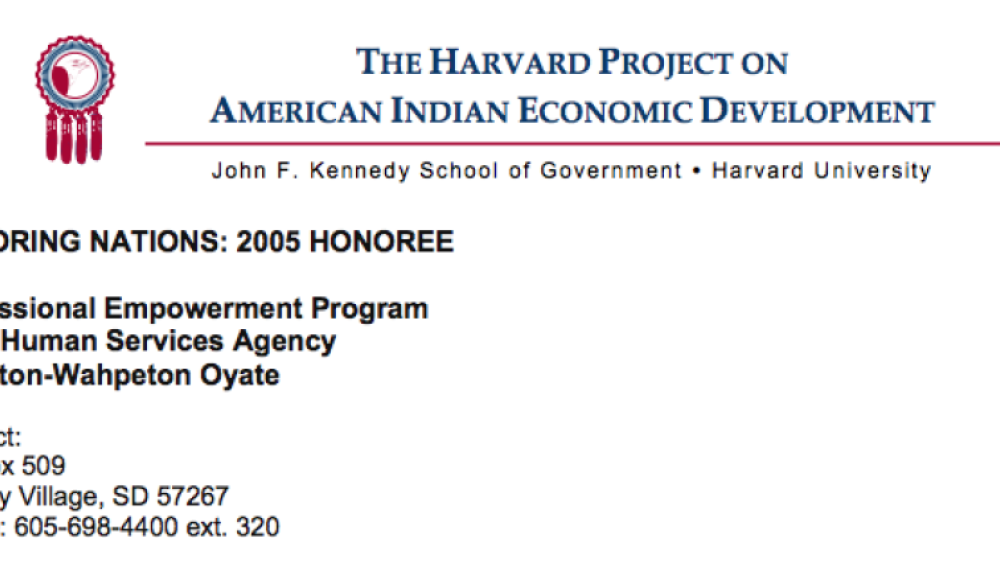 Across Indian Country, programs and businesses depend on skilled, committed, and responsible workers. However, some Indian citizens on reservations have limited experience in the workplace; little education; and face problems finding day care, adequate transportation, and other necessities.…