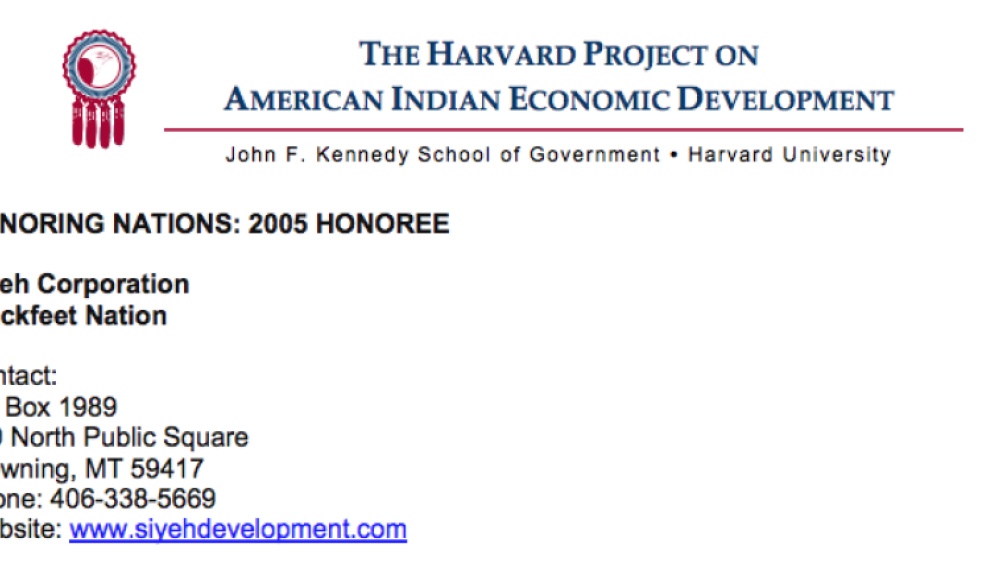 For years the Blackfeet Nation struggled to create sustainable tribal enterprises that could produce revenue for the nation and meet the needs of its citizens for jobs and services. Many of these efforts did not succeed because of conflicts within the tribal government. In 1999, the Nation tried a…