Former Chairman of the Hopi Land Team Cedric Kuwaninvaya presents an overview of the tribal subcommittee's work to the Honoring Nations Board of Governors in conjunction with the 2005 Honoring Nations Awards. 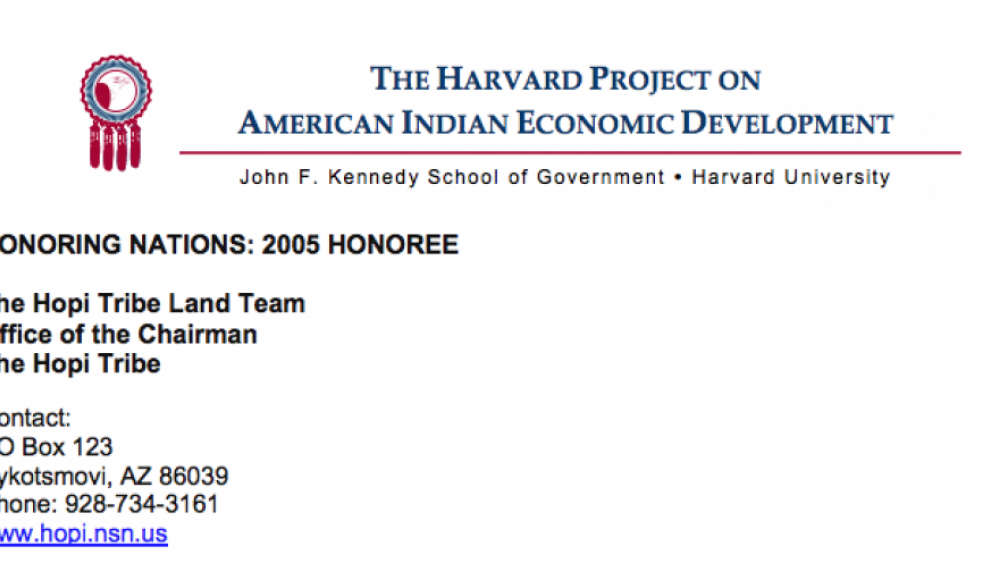 Reclaiming traditional lands has been a primary concern of the Hopi Tribe for the last century. In 1996, significant land purchases became possible under the terms of a settlement with the United States. The tribal government was faced with the problem of developing a plan for reacquiring lands,…