Elvera Sargent discusses the Akwesasne Freedom School and the role it plays in the cultural identity of each generation that goes through the curriculum. 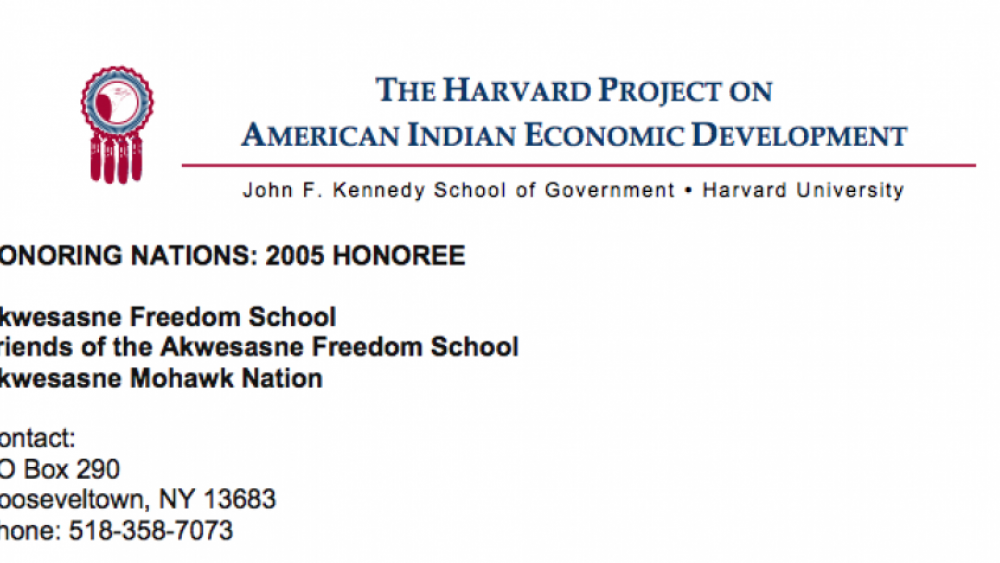 In 1979, the Akwesasne Freedom School took form out of the Mohawk struggle for self-determination and self-government. It is characterized by a deep commitment to the maintenance of Mohawk identity. Students in this pre-kindergarten through 8th grade language immersion school begin and end each…