Tim Mentz and Loretta Stone of the Standing Rock Sioux Tribal Monitors Program present an overview of the program's work to the Honoring Nations Board of Governors in conjunction with the 2005 Honoring Nations Awards. 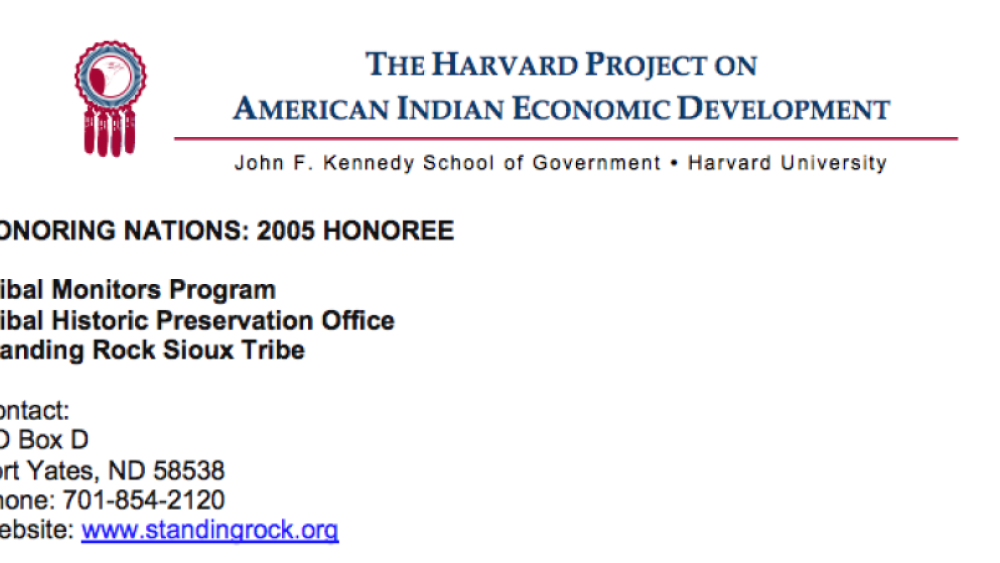 The Standing Rock Sioux Tribe is located on 2.3 million acres of land in the central regions of North and South Dakota. Land issues rose to the forefront of tribal concerns after events such as allotment, lands flooding after the Army Corps of Engineers built a series of dams adjacent to the Tribe…